Back to auction
You'll need to Sign in or Create a free account before bidding.
PrevLot 10 - James Sinton Sleator 11 / 145 Next Lot 12 - Roderic O'Conor 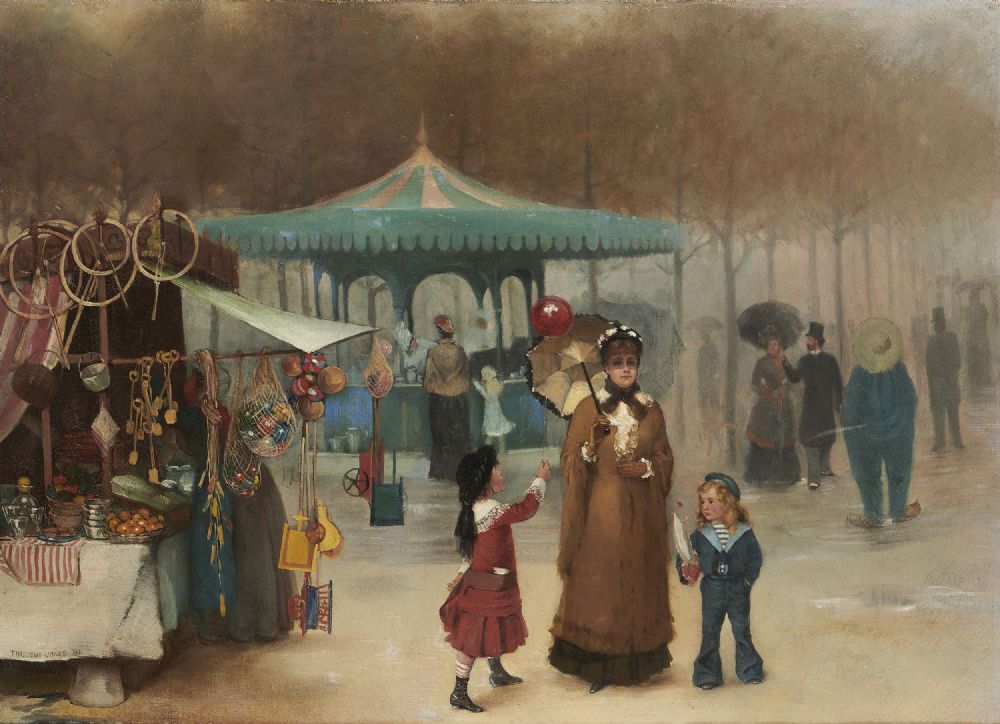 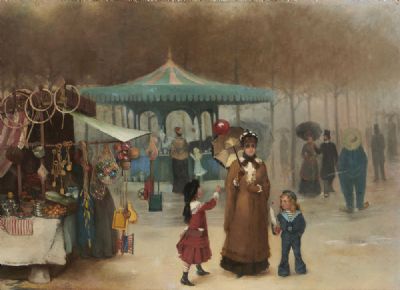 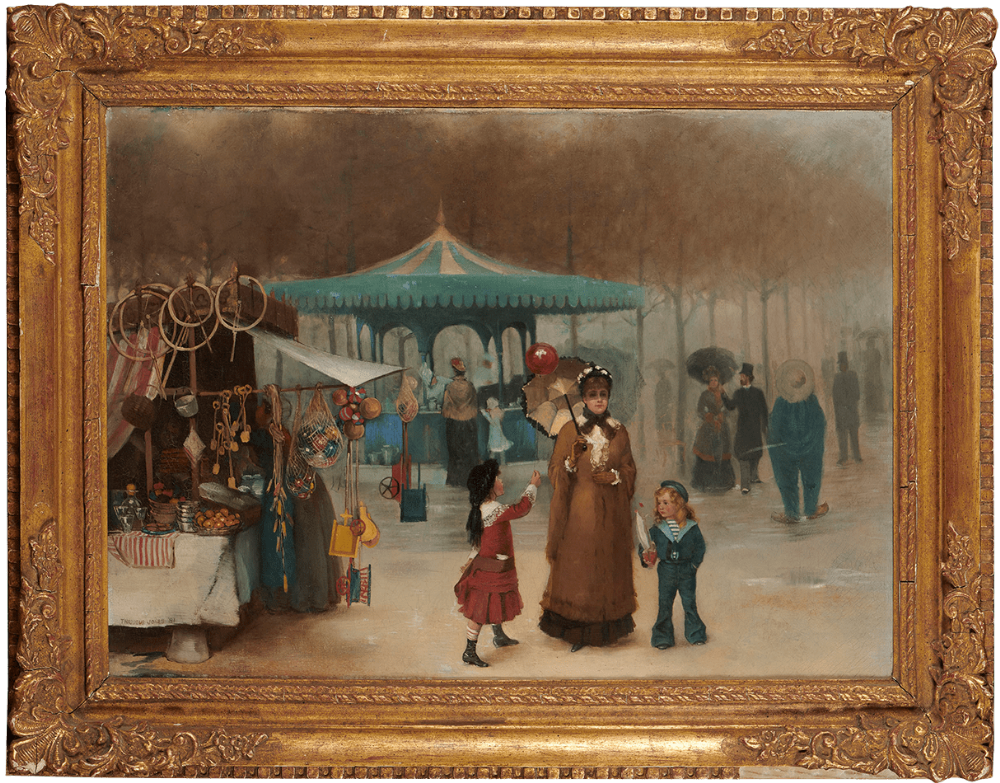 Thaddeus painted this picture when, in the company of peers from throughout Europe and America, he was a st... Read more

Thaddeus painted this picture when, in the company of peers from throughout Europe and America, he was a student at the popular Academie Julian in Paris. Having studied in Cork, Dublin and London, he thrived in the French capital, which not only accommodated, but encouraged young artists. His application and burgeoning talent were rewarded within a short number of months, when his painting The Wounded Poacher (National Gallery of Ireland) was exhibited first at the Paris Salon and, shortly afterwards, at the RDS in Dublin. 'I need hardly tell you', declared The Irishman (4 June 1881), 'that [Thaddeus's] Â fellow-countrymen in the French capital are proud of the honour he has gained, and look forward with confidence to his securing further laurels in the noble profession he has chosen for the exercise of his abilities'.

It seems highly likely that this painting is A Passing Mist on the Champs Elysees, which accompanied The Wounded Poacher on display in Dublin in 1881. The setting is Les Jardins des Champs Elysees, a popular recreation space for Paris's fashion-conscious middle-classes. The tightness and slight restraint evident in the execution indicate that Thaddeus, at just twenty-one, was still in search of a signature style.Â  However, his drawing skills are clearly detectable, his palette already quite idiosyncratic, and the concentration on local detail indicative of his subsequent approach to subjects in Brittany and beyond. Paris offered novelty as well as excitement, and the description of the toys and trinkets on the stall to the left, the attire of the mother and children in the foreground, and the busy activity at the food stall beyond attest to Thaddeus's curiosity. These subjects retained their appeal, a very similar toy stall featuring in Victor Gilbert's A Young Girl in the Jardins des Champs Elysees of c.1897 (private collection).

The painting is a celebration of urban bourgeois life, and a record of Thaddeus's willing immersion in it. The subject matter calls to mind the work of a large community of Paris-based artists, among them Jean Beraud, Henri Gervex, Jean-FranÃ§ois RaffaÃ«lli, and Giuseppe de Nittis, who found the life of the urban middle classes a constant inspiration. Thaddeus expected to stay in Paris, but would soon, again like so many of his fellow students, move on to the French provinces. Indeed, it is interesting to see amongst the crowd a rather incongruous visitor, in worker's smock, broad brimmed hat and sabots, whose flat-footed gait alone distinguishes him from the crowd. It was the traditions, practices and costume of such characters that would draw generations of young artists like Thaddeus to Brittany.

This is the only known painting of Paris by Thaddeus, and a very rare example of a work by an Irish student in the French capital. The picture features the artist's signature in its original form. Four years later, Thaddeus would change his name by deed poll to the rather more distinctive 'Harry Jones Thaddeus'.
Brendan Rooney, May 2021

For the upcoming Art & Design Auction on October 20th, the lots will commence closing at 2pm. Lot 1 will close at 2pm with each subsequent lot closing at 45 second intervals.