Back to auction
You'll need to Sign in or Create a free account before bidding.
PrevLot 13 - Jack Butler Yeats 14 / 145 Next Lot 15 - Alfred Glendening Jnr 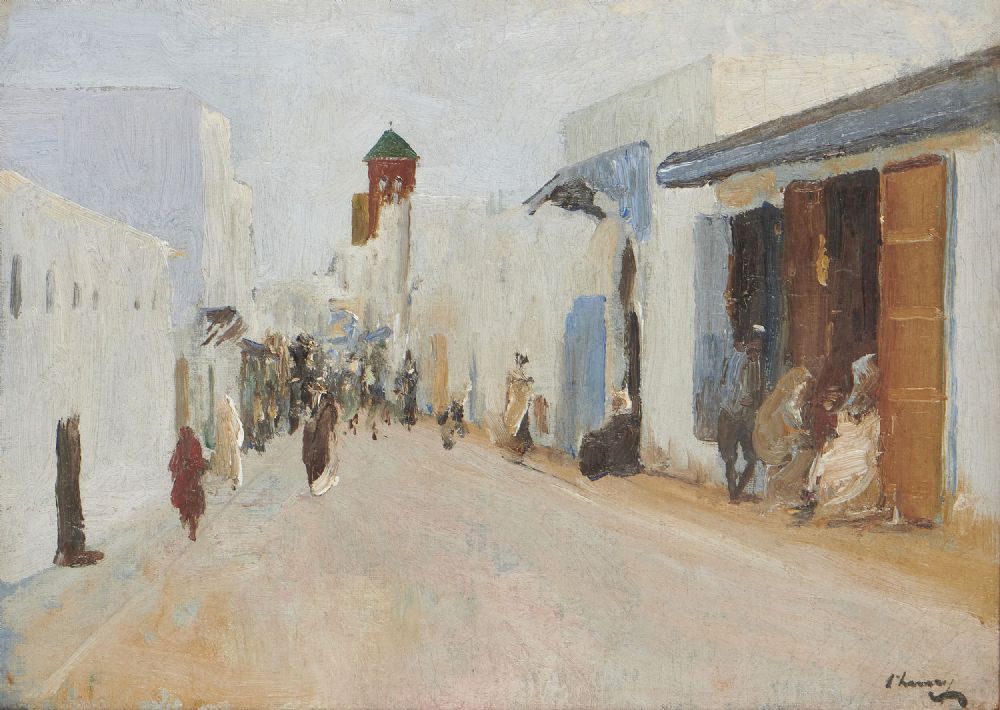 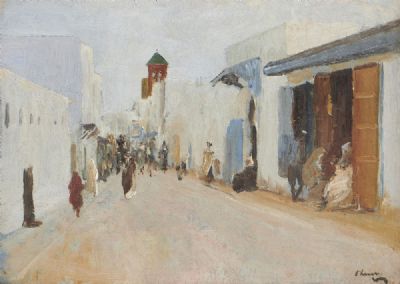 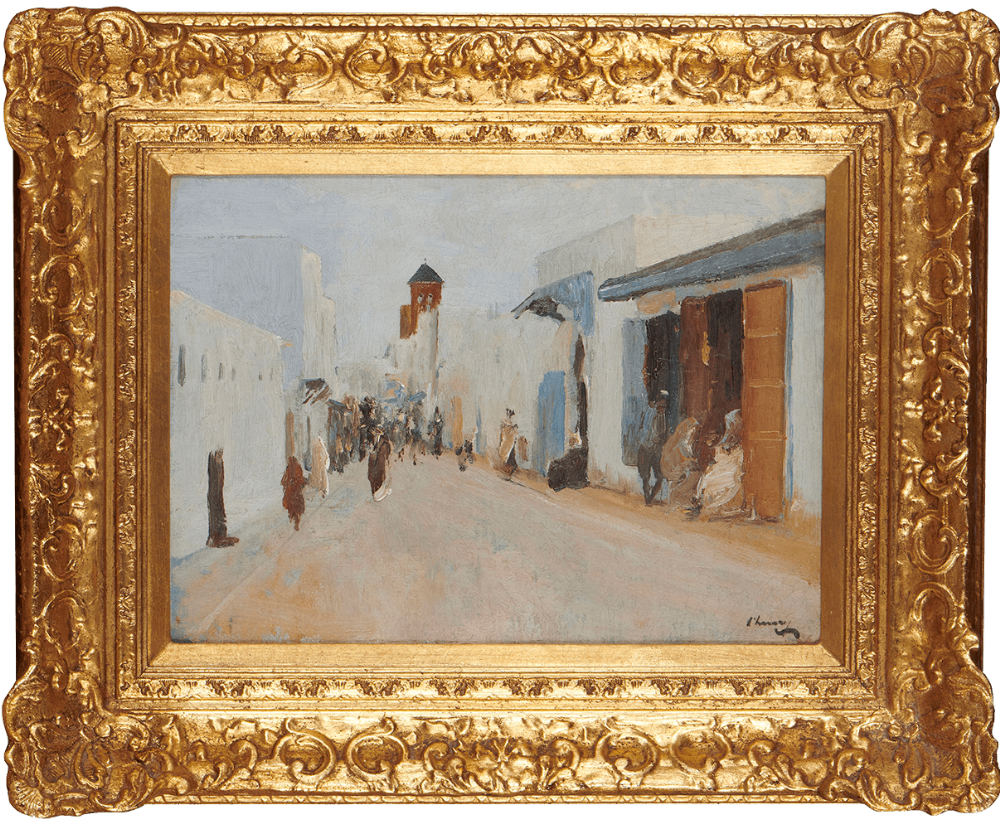 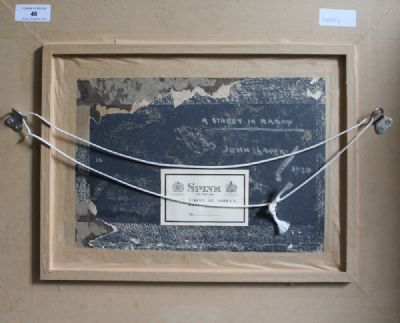 Following his winter 1913-14 sojourn in Tangier, Lavery was confined to base. U-boat activity in the Bay of Biscay made annual trips to Dar-el-Midfah, his house overlooking the Straits of Gibraltar, impossible. It was therefore with some eagerness that he set off in December 1919 for what turned out to be his last visit to North Africa. During his absence, his old friend, the Glasgow School painter, William Kennedy, in declining health throughout the war, had died at the house, and the first weeks of the new year coincided with the funeral of another friend, Sir Harry 'Kaid' MacLean. The city was not the same. Now under strict French control, it had lost some of its pre-war glamour and the artist concluded that his days there were coming to an end. The house would be sold in 1923.

There was however one last adventure - a visit to Marrakesh and Fez, the Sultan's two capital cities, and a journey that prior to the imposition of French rule had been fraught with danger. Letters which have recently come to light, reveal that the trip began on 16 March 1920 and was expected to last for at least three weeks. Lavery, his wife Hazel, step-daughter Alice, and Nora Clarke Kerr, sister of the British Consul, travelled first to Casablanca where they stayed with Mary Auras, the artist's former German model, and from there they would be driven inland to the first of the ancient cities. At Marrakesh, the hospitality was such that, in Lavery's words - 'so done up with food, musicians, dancing women and wine' were they, that after four days they were glad to return to 'Christian living'.

By 3 April they were back briefly at Casablanca before proceeding to Rabat where, the following week, the women boarded a ship to return to Tangier, leaving Lavery at the Tour Hassan Hotel, to sketch at least seven small oils - including the present example. He then returned through the Spanish Zone of north-east Morocco with its unmade roads, hooking inland, to visit his old friend, Bibi Carleton, at Arzila, before he reached Tangier around 23 April.

Unexpectedly, the old port city of Rabat had its own distinctive flavour which Lavery sought to capture. A trading settlement dating back to the Romans, the port was established in the twelfth century and fortified by Abou Yussef Yacoub, known as 'Al Mansur', during the Almohad Caliphate. It was the principal harbour from which the Moorish conquest of Spain was launched. After the Reconquista, during the seventeenth century, Rabat was a separate state and base of the notorious Barbary pirates. Following the French invasion of Morocco in 1912, General Lyautey recognized its strategic importance and began modernization of the city. This continued during the Great War with the help of German prisoners, such that when the American novelist, Edith Wharton arrived as Lyautey's guest in 1920 she noted modern hotels, cafes and 'cinema-palaces' desecrating 'the beautiful native town'. Then, she continues,

"â¦ at the turn of a commonplace street, one comes upon it suddenly. The shops and cafes cease, the jingle of trams and the trumpeting of motor-horns die out, and here, all at once, are silence and solitude, and the dignified reticence of the windowless Arab house-fronts."

The present sketch represents one such street close to the Jardin des Oudayas which had recently been restored by Lyautey. Here the quiet routines of Arab life continue. Figures come and go, sit in doorways, and quietly converse beyond the roar of the 'Fords' that were being imported down the coast in large numbers. Colour is muted and sharp notes restricted to tones of 'Taureg' blue and umber, while a central perspective takes the eye to the characteristic pyramid-roofed tower of the old garden.

Back in London, this delightful scene did not languish unloved. Three years later, in February 1923, one of Lavery's early models painted as Polymnia, 1909 (Galleria Nazionale, Roma) after the Greek muse of poetry, and mother of Orpheus visited his studio. Evidently, she must have admired the present sketch and with customary generosity, Lavery presented it to her.

For the upcoming auction on May 18th, the lots will commence closing at 6pm. Lot 1 will close at 6pm with each subsequent lot closing at 30 second intervals.