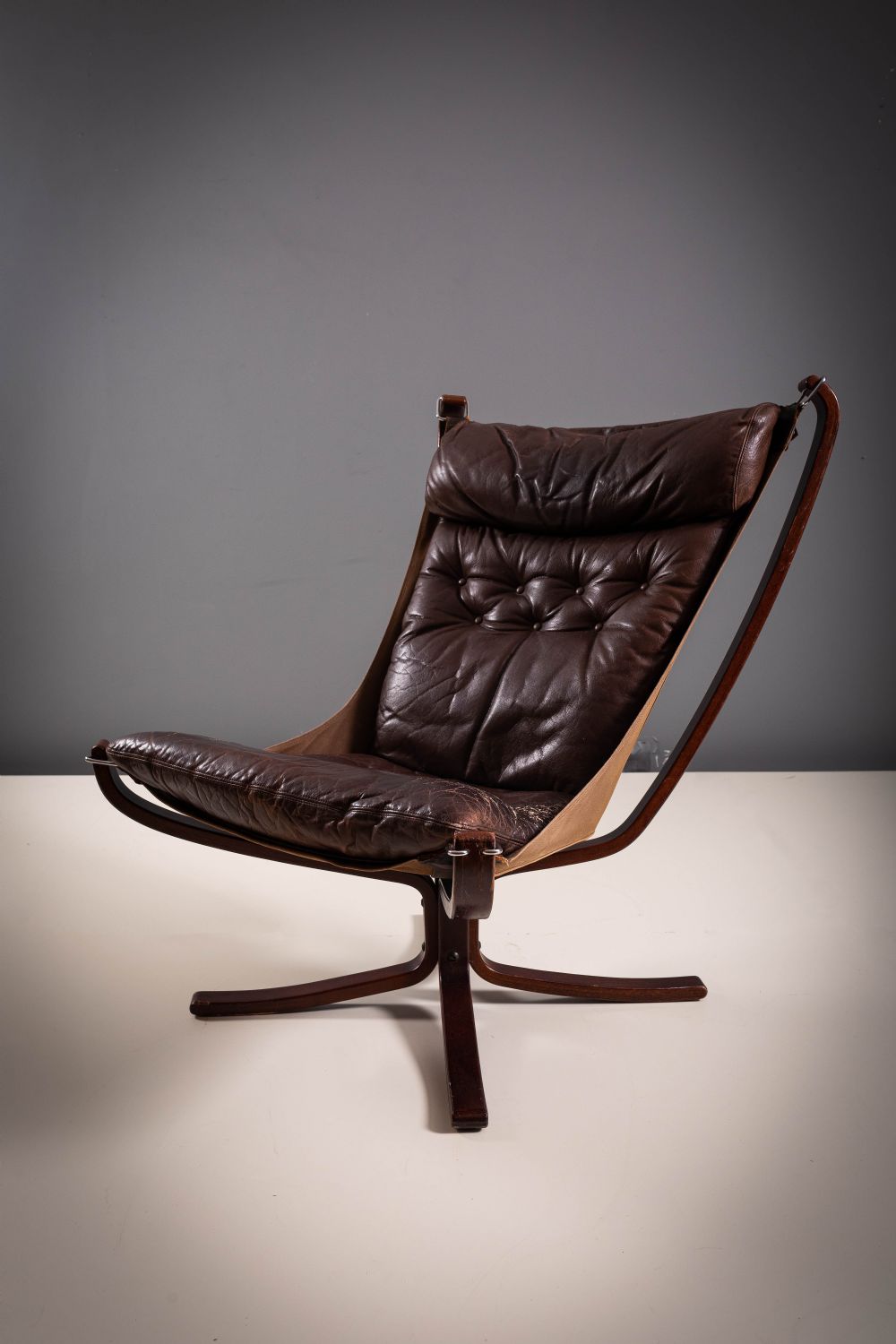 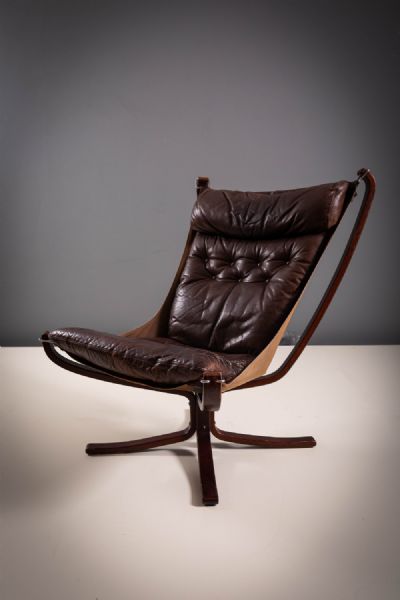 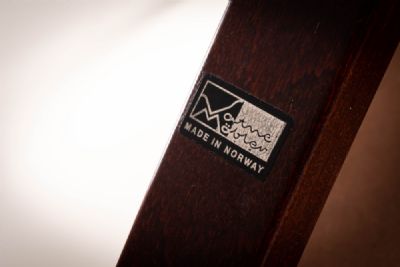 Bidding on this item has ended.
SIGURD RESSEL, NORWAY, THE FALCON CHAIR,
Lot 32
Price Realised: €650
Estimate: €700 - €900
THE FALCON CHAIR, BY SIGURD RESSEL, NORWAY, with brown leather seat, on a splayed base, bearing label. In 1958 Norwegian designer Sigurd Resell first gained notoriety when he received an award for his designs from Copenhagen Cabinetmaker's Guild. H... Read more

In 1958 Norwegian designer Sigurd Resell first gained notoriety when he received an award for his designs from Copenhagen Cabinetmaker's Guild. However, it was to be his 1971 design for the impressively named Falcon chair that would define his career. Made up of a hammock like profile sitting within a pedestal style frame. This separation yet interplay of elements imbues the design with a lightness, a feature that would be repeated in his later works. With a production lifetime of over thirty years, its longevity is a testament to the effectiveness of it design.