Back to auction
You'll need to Sign in or Create a free account before bidding.
PrevLot 4 - Nevill Johnson 5 / 138 Next Lot 6 - Tony O'Malley 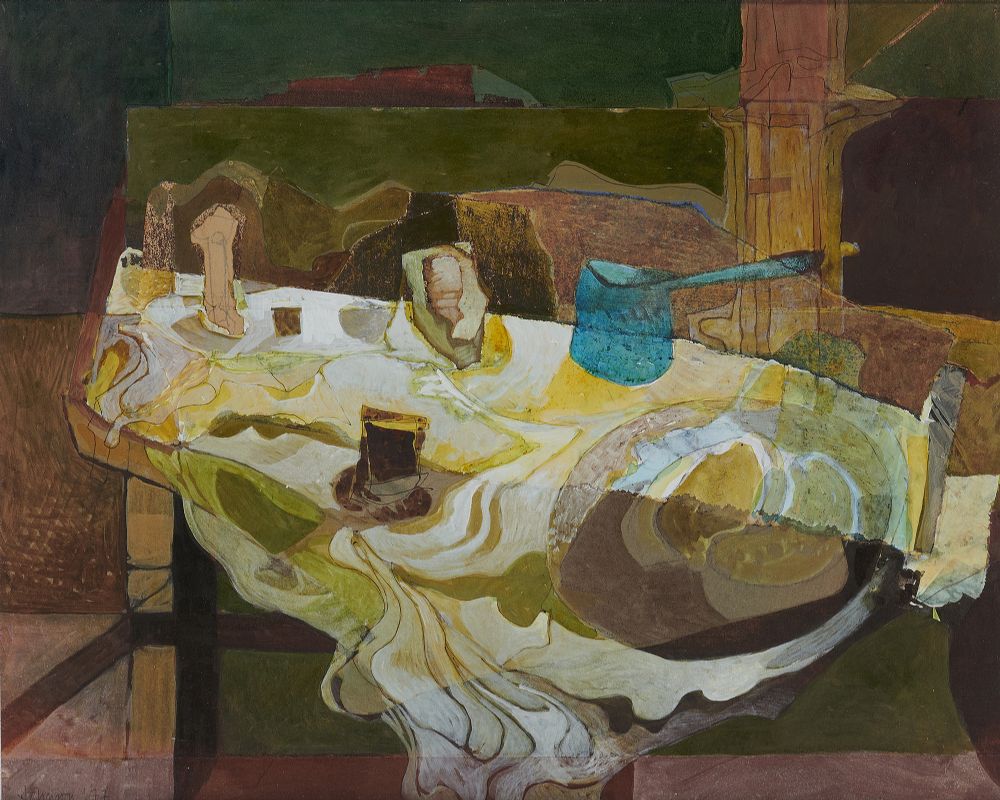 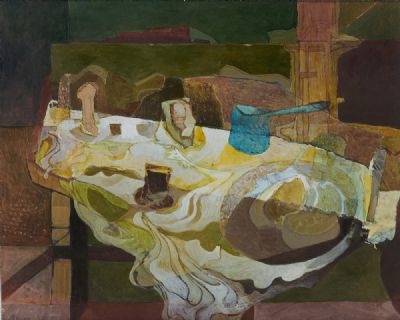 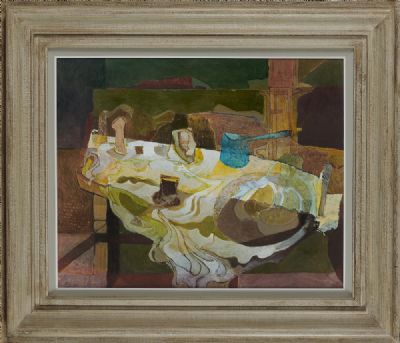 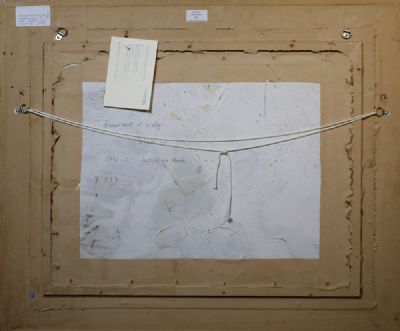 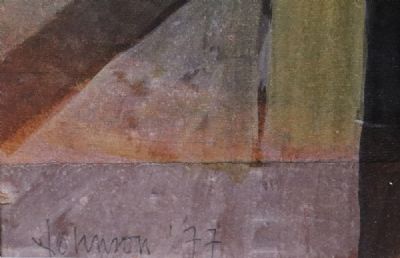 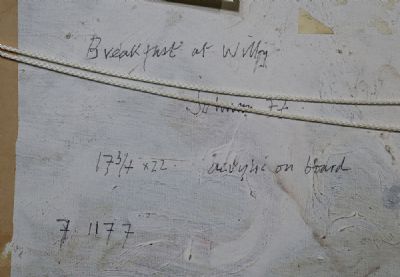 Nevill Johnson's legacy to Ireland is a collection of paintings and photographs that examine, criticise, explore and celebrate its landscape and its cities, its culture, industries and society, in a manner that no other artist of the time achievedâ¦

On a bright morning in 1949 'a lone and rather bewildered man of thirty-eight munched his sandwich and sipped his pint in Doheny & Nesbitt's pub in Lower Baggot Street before walking to the Grand Canal where he paused at the bridge to enjoy the washed grass and fresh watered elms'. Thus refreshed, Nevill Johnson set about making Dublin his home and he quickly established himself as one of the most significant artistic figures ever to grace the city. During the next five years, he bequeathed a rich legacy of painting and photography to his new city-home, as well as an autobiographical chronicle of the period in The Other Side of Six.

Johnson had first arrived in Belfast in 1934 and became part of a group of young artists living and working there, such as John Luke, Colin Middleton, Daniel O'Neill, Gerard Dillon and George Campbell, all of whom began to exhibit work at the Victor Waddington Galleries in Dublin in the second part of the 1940s. In 1946 he moved to Dublin, where he continued to exhibit successfully with Waddington and at the Irish Exhibition of Living Art, but as well as his painting, Johnson photographed the people and places of the 'real' Dublin of the nineteen-fifties, revealing the privations and enduring strength of the inhabitants of the grand terraces which had become slums, alongside the beauty and liveliness of the city. Johnson's stature as a major figure in Irish art has been acknowledged by the recent acquisition of Byrne's Pub by the National Gallery of Ireland.

Eoin O'Brien's friendship with Nevill Johnson began in the early 1980s and was important to both men. Their many shared interests included Samuel Beckett, who was also a friend of Professor Eoin O'Brien's, and he was able to connect the work of these two very similar men when he used some of Johnson's photographs to illustrate The Beckett Country: Samuel Beckett's Ireland.
Since Johnson's death in 1999, Eoin O'Brien has been a driving force behind the production of several books devoted to the many aspects of his work (Johnson was the only artist in IMMA's exhibition The Moderns represented in four disciplines: painting, photography, film and textile design). He has placed his correspondence, papers, writings, catalogues and various ephemera in the Nevill Johnson Archive in the James Joyce Library in UCD and in addition he negotiated the donation of the Catharsis series of paintings to University College Dublin, which have facilitated the award of the Nevill Johnson Scholarship annually.

Professor O'Brien's collection was built on his close friendship with Johnson and his deep understanding of his art and reflects many aspects of his work.