Back to auction
You'll need to Sign in or Create a free account before bidding.
PrevLot 19 - Mildred Anne Butler 19 / 145 Next Lot 21 - William Conor, 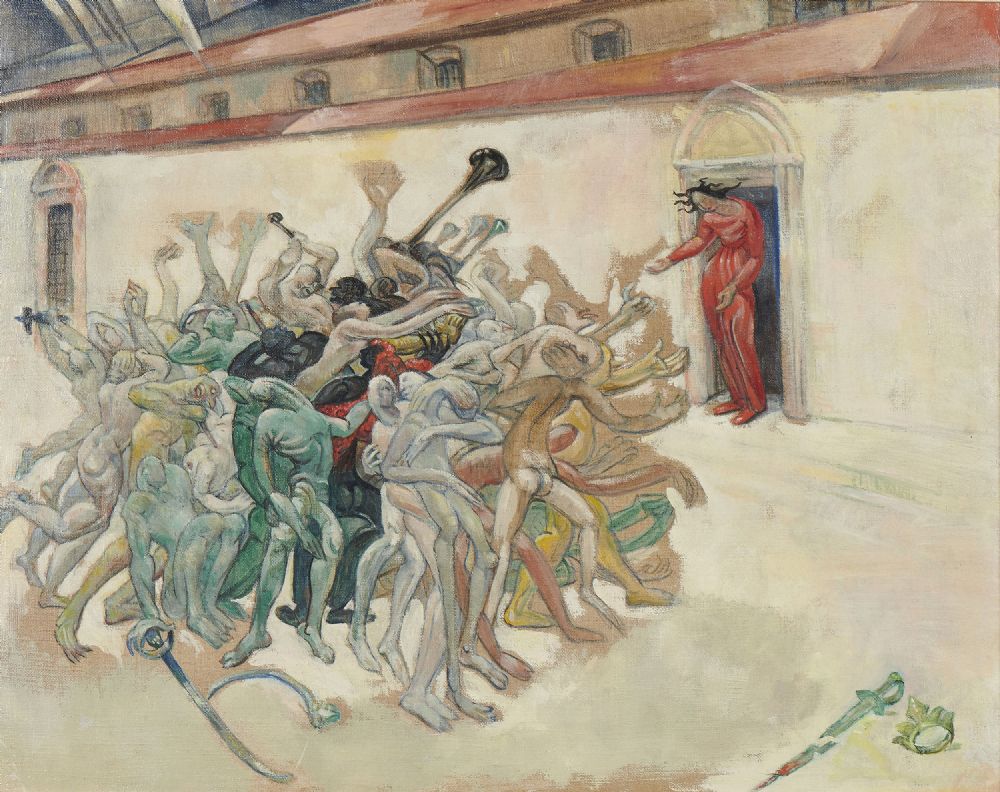 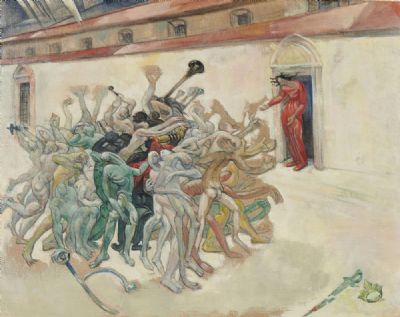 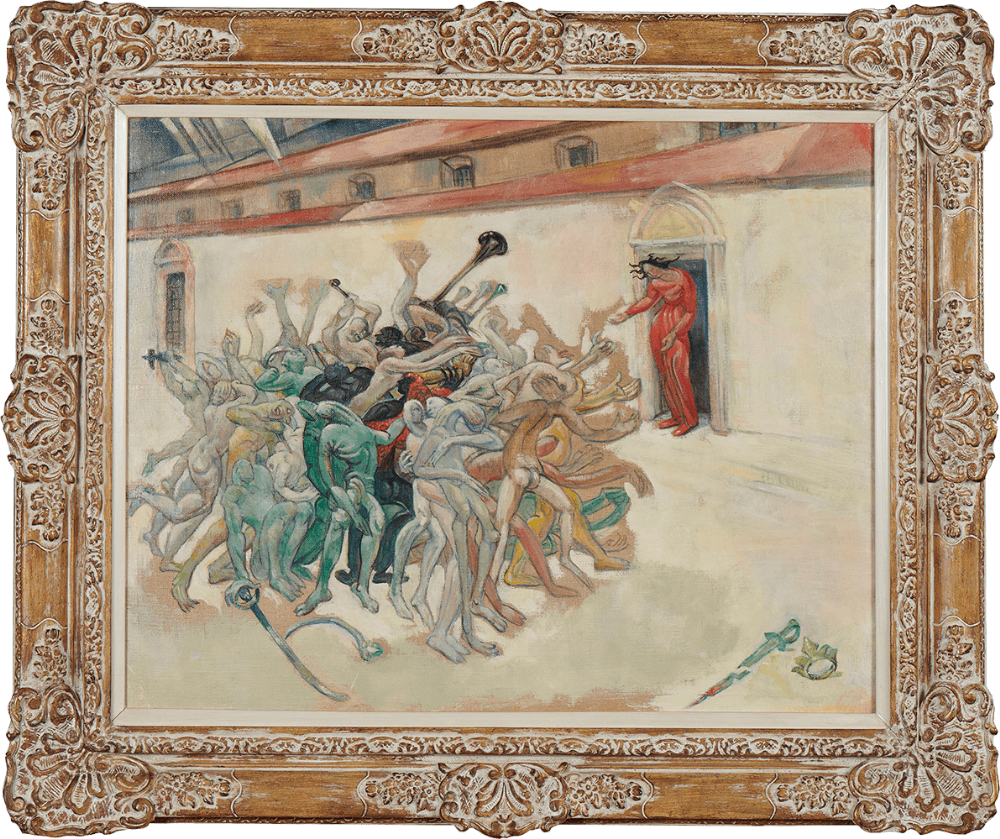 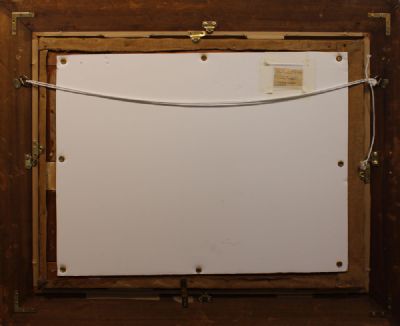 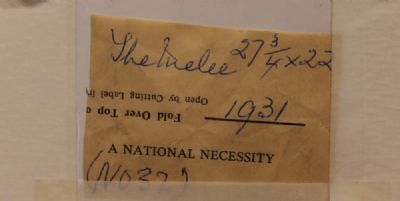 Mary Swanzy was a pioneering figure in Irish art. Born in Dublin in 1882, she was educated in Dublin, Fribourg, and Paris, where she witnessed the birth of Modern Art. Â After 1914 she exhibited at the Paris Salons alongside those modern artists who are now household names. She mastered the academic style of painting at a young age and her work rapidly evolved through different styles: Post-Impressionism, Fauvism, Cubism, Futurism, Symbolism, and Surrealism; each of these interpreted and transformed by her in a highly personal way. Swanzy was well placed to witness the birth of Surrealism in Paris in the twenties and thirties as she continued to exhibit there regularly. The Melee (1931) could be described as Surrealist, but as ever, she takes some ideas from the movement, assimilates them and makes them distinctively her own. The Melee is important in Swanzy's oeuvre as it is one of the first images she made in the surrealist/expressionist style that would come to define her late work from the 1940s on. Patches of raw canvas surround the figures, an unusual feature in Swanzy's work who was a fastidious painter; despite this, the painting does not appear unfinished, but its provisional quality adds character to the scene. Certain elements, such as the trumpets and the figure in the red dress, would recur in Swanzy's later paintings, suggesting that this is a significant transitional work.

After 1929, Swanzy lived in Italy for an extended period, and The Melee may reference contemporary Italian politics. Mussolini had been in power since the early twenties, and even then, was speaking of the Roman Empire and the superior Aryan race as a justification for colonial expansion. Examining the figures in this picture, their bodies are naked, and they are of indeterminate gender. Their skin colour ranges in tone from jet black, jade green, lemon yellow through to ashen grey and snow white. Is this a comment on race relations at a time in the early thirties when the pseudo-science of eugenics took hold in certain parts of the world along with other forms of scientific racism that would have such horrific outcomes in the forties? Swords and other weapons pierce bodies, but there is no blood. On the ground are a crown and a broken sword. One assailant wields a hammer and on the floor is a curved sickle sword. Is this the symbol of proletarian solidarity that communist and anti-fascist movements adapted? Who is the tall figure stooping in the doorway dressed in red, whose palms are held up to the scene in apparent benediction? Is it some type of generalissimo, sending souls into battle while observing from a safe distance?

Swanzy rarely responded directly to events but tended to filter them through a process of transformation that brings them to a different and more existential plane. This strange assembly of characters makes the image appear like a scene from the world of science fiction rather than deriving from an art historical lineage. Still, the hybridity and heightened atmosphere of this work could be linked to the early Netherlandish art of Hieronymus Bosch, whose imagining of the tortures of hell and the pleasures of heaven have come to define how we see a medieval world view. While politics is one way of constructing a reading of this work, one could also consider this religious symbolism which is something Swanzy used from time to time, but she was interested in many traditions, not just the Christian. Such a complex set of references is characteristic of Swanzy, who enjoyed layering traditions and symbolism, particularly in her later paintings. Swanzy never explained her work, nor would she be drawn into discussions about politics, but in an important 1977 interview, she said, 'In all revolutions, the baby is thrown out with the bathwater.' This succinct statement, so typical of Swanzy, captures the futility of war in which all victories are ultimately Pyrrhic and may offer the most explicit interpretation for The Melee.

SeanÂ Kissane is Curator of Exhibitions at the Irish Museum of Modern Art. In 2018 he curated 'Mary Swanzy: Voyages' a retrospective that toured to Crawford Art Gallery, Cork; and Limerick City Gallery.

For the upcoming Art & Design Auction on October 20th, the lots will commence closing at 2pm. Lot 1 will close at 2pm with each subsequent lot closing at 45 second intervals.