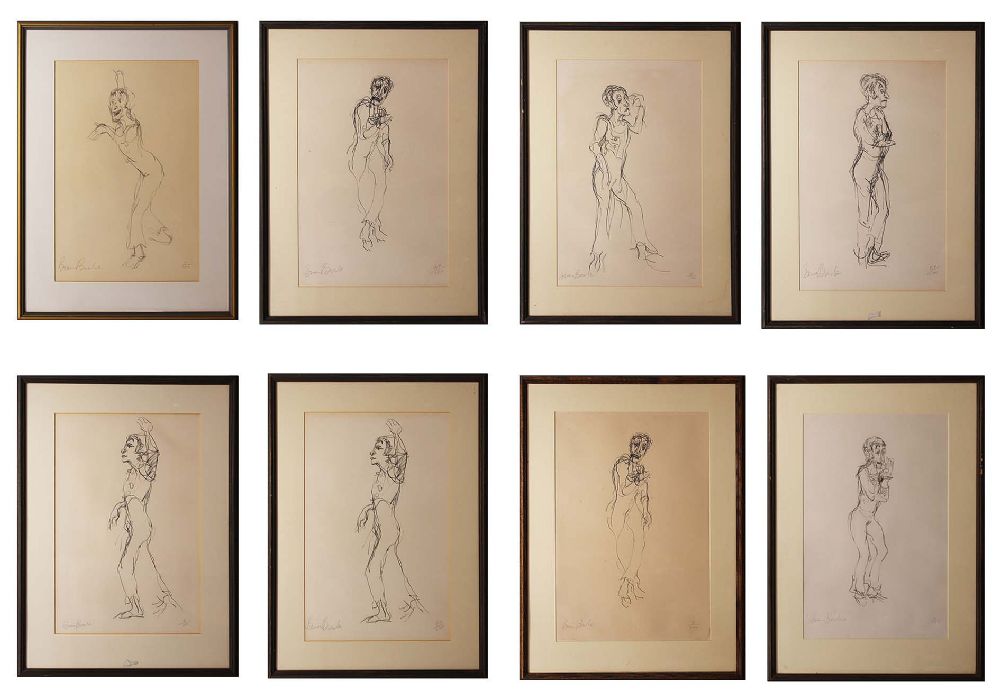 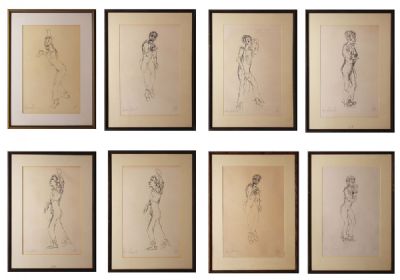 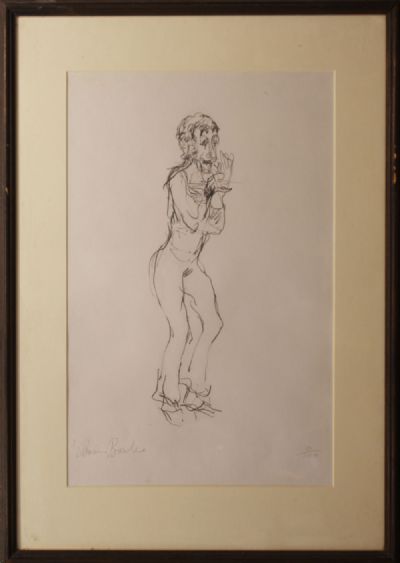 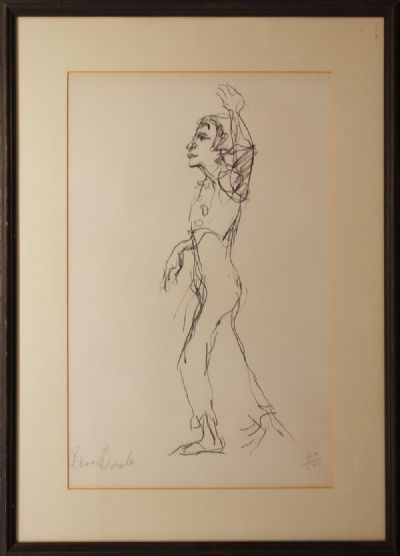 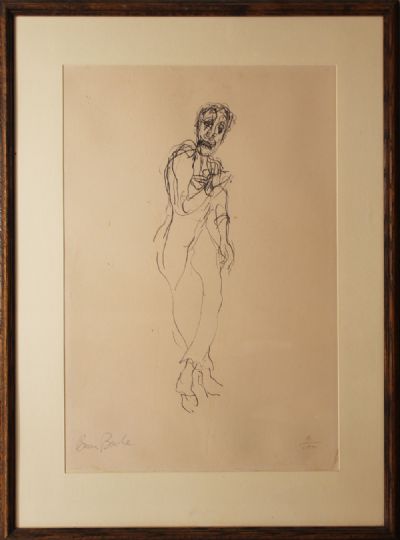 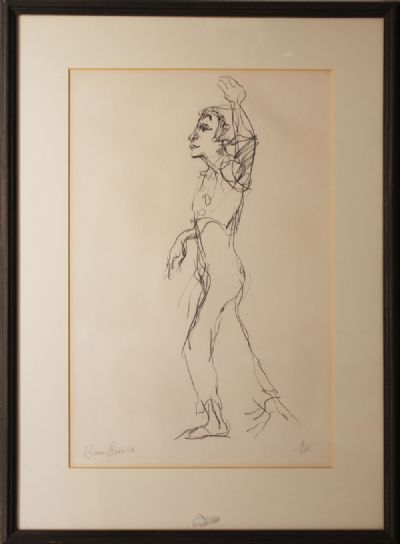 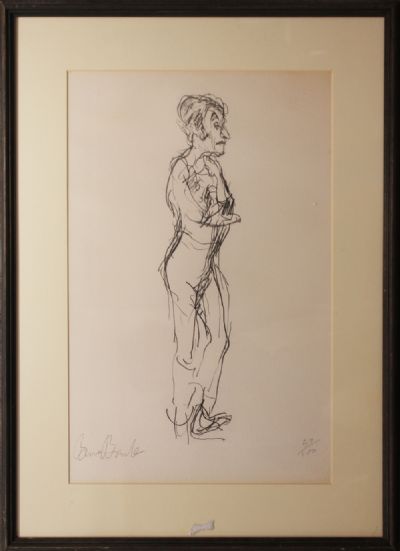 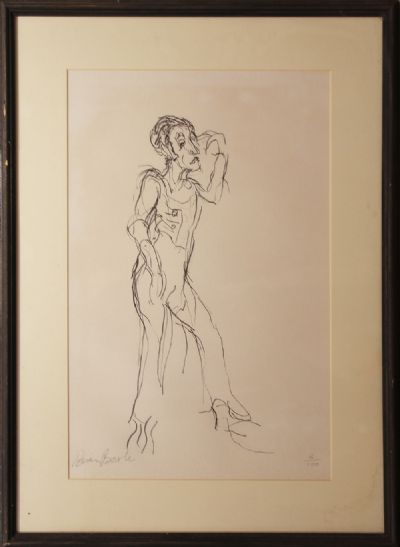 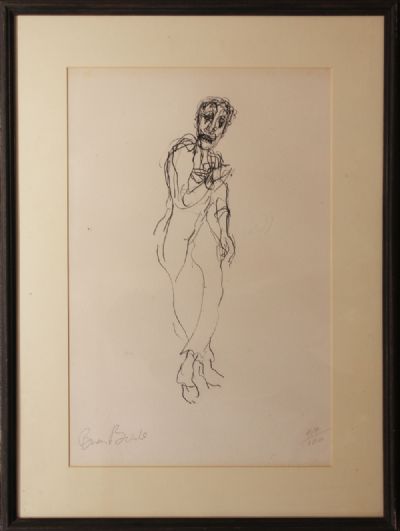 The Lambert family worked and trained with Marcel Marceau during their career and Brian Bourke was a family friend making this a very personal collaboration. The Lambert Puppet Theatre was established in 1972 by its director Eugene Lambert (1928-2010). Located in Monkstown, County Dublin, it is the only purpose built puppet theatre in Ireland. With the rise of television in 1960's the Lambert Puppet Theatre became a fixture in Irish broadcasting with their very first show Carta HÃºdai which aired in 1962 for which Mai Lambert made the costumes and their ten children acted as puppeteers. The Lamberts continued to produce shows such as Murphy agus a Chairde 1963-1968, Wanderly Wagon 1968-1982 and Bosco 1978-1987. Eugene and Mai Lambert were keen art collectors, expressing particular interest in works which relate to entertainment such as this lot.