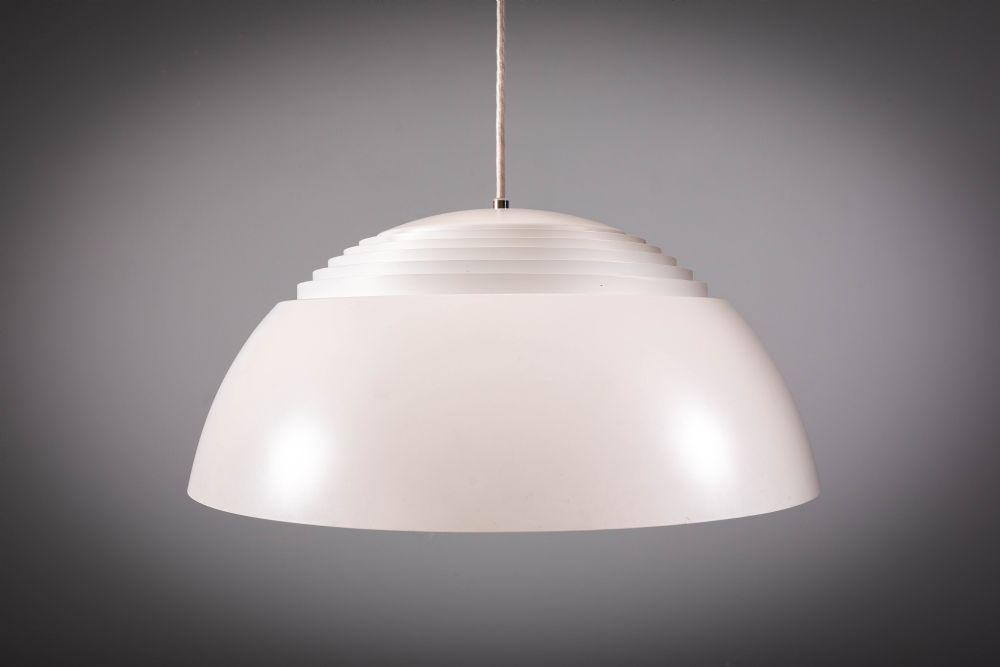 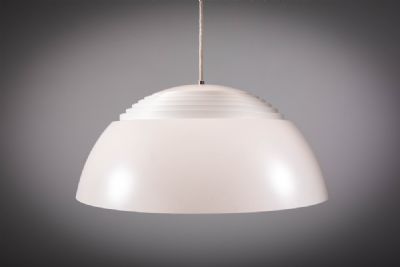 Bidding on this item has ended.
LOUIS POULSEN THE AJ ROYAL PENDANT LIGHT,
Lot 92
Price Realised: €400
Estimate: €300 - €500
THE AJ ROYAL PENDANT LIGHT, BY ARNE JACOBSEN FOR LOUIS POULSEN, in spun aluminium, bearing label, 50cm (diam)Â  AJ Royal is among the Arne Jacobsen designs developed in 1957 for the SAS Royal Hotel in Copenhagen (Radisson Collection). Here it could b... Read more

AJ Royal is among the Arne Jacobsen designs developed in 1957 for the SAS Royal Hotel in Copenhagen (Radisson Collection). Here it could be found in a copper version above the tables in the snack bar behind the atrium, in the lounge on the 1st floor and in the Panorama Lounge on the 21st floor. The hotel opened in 1960 gave Copenhagen its first real high-rise building heavily inspired by New York skyscrapers. In those days, the lamp was simply called the AJ Pendant.

The spherical design from 1958 is regarded as Jacobsen's first steps back to the basic geometrical shapes that characterise the world-famous Danish architect's later designs. The AJ Royal formed part of the overall design concept that he developed for the hotel: indeed, he did not only design the hotel down to the smallest detail, he also designed nearly all the hotel's original furniture (such as the famous Egg and Swan lounge chairs, fromÂ Fritz Hansen)Â and utility items. The lamps are probably the most well known globally, including theÂ AJ LampÂ from 1957.