Back to auction
You'll need to Sign in or Create a free account before bidding.
PrevLot 9 - William Scott 10 / 138 Next Lot 11 - Paul Henry 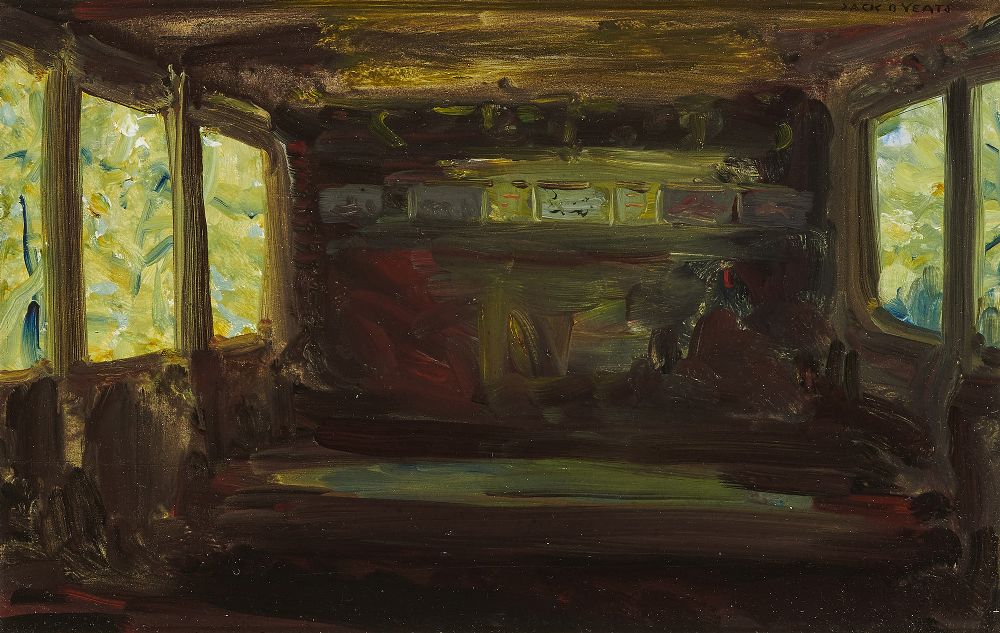 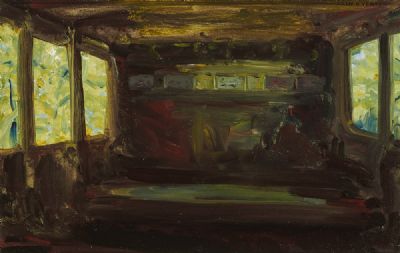 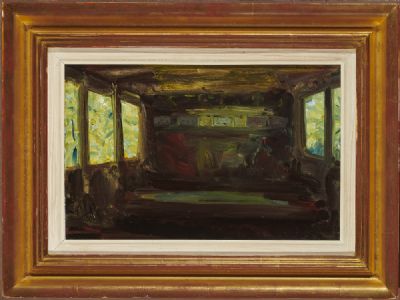 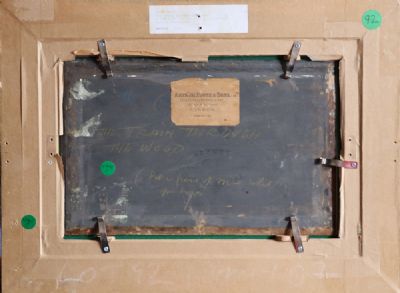 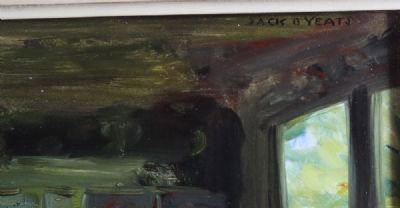 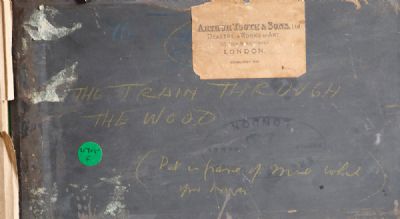 This atmospheric painting by Yeats captures a train journey through bright, leafy woods, the shifting leaves which can be seen through the windows providing a contrast to the dark interior of the carriage.Â  The carriage appears ornate and even luxurious, harking back to a time when train travel was an exciting excursion, the windows of the carriage providing a moving picture and view of the world which was out of the ordinary, and Yeats renders the scenery beyond the carriage windows and its almost golden light with a deft hand.Â  Taking inspiration from everyday life, Yeats would return to the train carriage and its passengers for subsequent paintings, including Man in a Train, Thinking (1928) and Looking Forward, Looking Back (1945).Â Â

This painting was formerly in the collection of the famous actor Peter O'Toole, best known for his portrayal of T.E Lawrence in the film Lawrence of Arabia in 1962.