Back to auction
You'll need to Sign in or Create a free account before bidding.
PrevLot 15 - Alfred Glendening Jnr 16 / 145 Next Lot 17 - Mildred Anne Butler 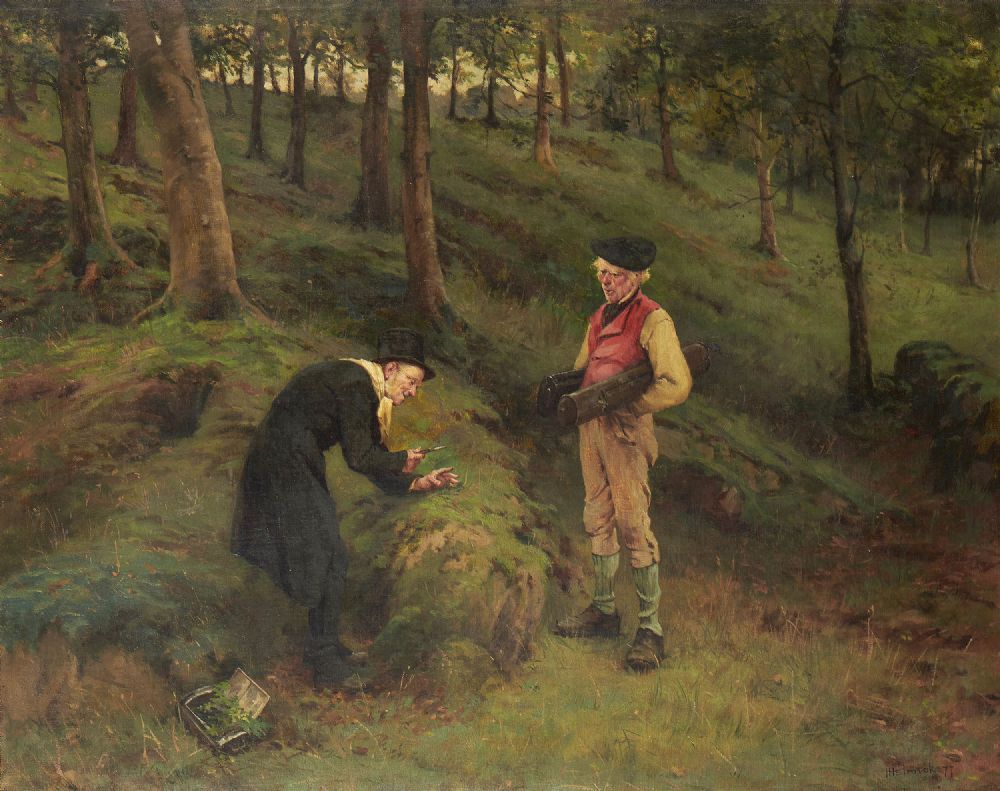 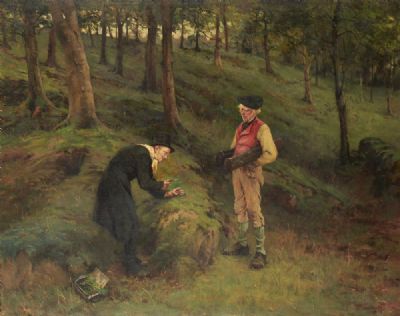 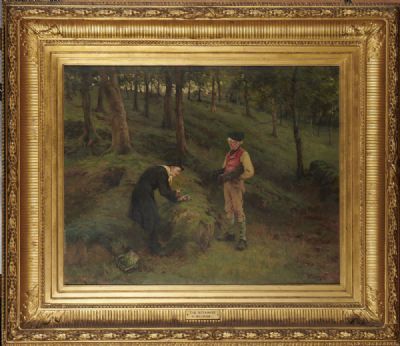 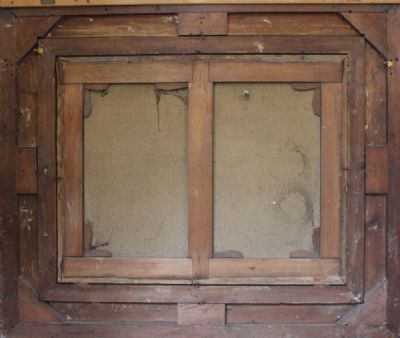 Born to a farming family in Zanesville, Ohio, Helmick first came to Ireland in the early 1870's painting from a studio in Kinsale Co. Cork and ... Read more

Born to a farming family in Zanesville, Ohio, Helmick first came to Ireland in the early 1870's painting from a studio in Kinsale Co. Cork and then in the late 1870's from Dangan Cottage in Co. Galway.

Specialising in narrative genre painting, Helmick enjoyed depicting social interaction, sometimes disputes or, as with The Botanist, the more sedentary pursuits of gardening, storytelling, music making and the many daily pursuits of rural Irish domestic life.

The two men depicted in The Botanist are stock characters who appear in numerous other paintings by Helmick, for example The Legal AdvisorÂ  (Gorry Gallery, Dublin, An Exhibition of 17th-20th Century Irish Paintings,19 May 2010, No. 22), from 1882. As this painting has an inscription locating it to Galway it seems likely that The Botanist is also associated with his Galway output.