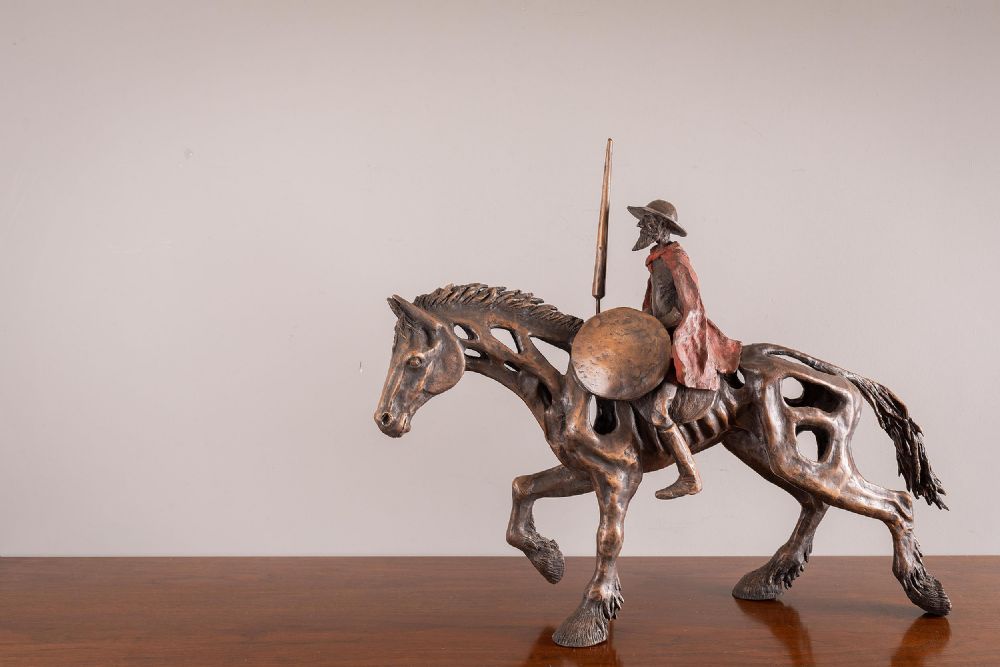 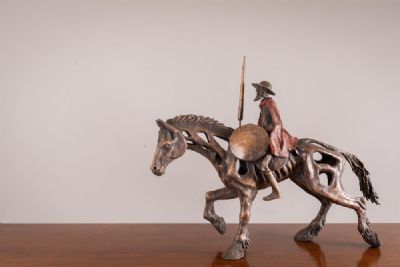 This bronze sculpture represents Don Quixote and his famous horse Rocinante from the story by Miguel de Cervantes 1605-1615. The story follows Don Quixote a mad, "Knight Errant" through a series of adventures and often hilarious mishaps. The Don is clearly insane, yet his determination and bravery must be respected. His quest for good against evil is honourable, though often misguided. He is best known for picking a fight with a windmill, believing it is a giant, and resulting in the idiom "Tilting at Windmills". Rocinante is a broken down farm horse, who boldly steps up to the challenges that The Don must face. Despite being thin and worn out, Rocinante, represents all that is good in a horse. Loyalty, courage, patience, endurance, nobility, honesty, kindness and trust. The Don meanwhile bears his hardships and calamities with dignity and resolve.

In this sculpture, I aimed to capture a spirit of defiance and freedom in both horse and rider while adding a hint of desperation