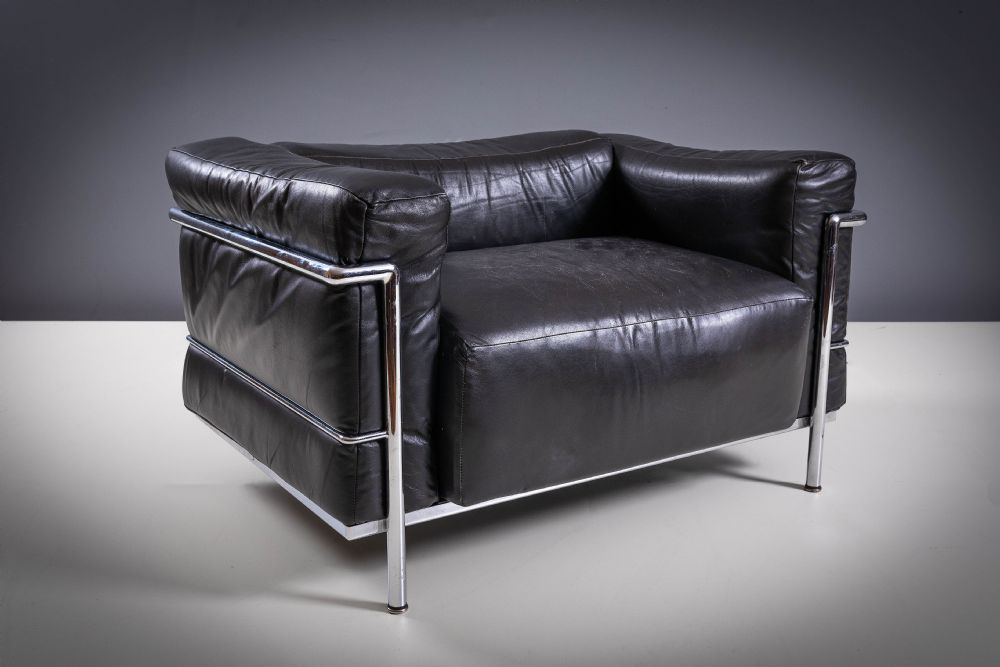 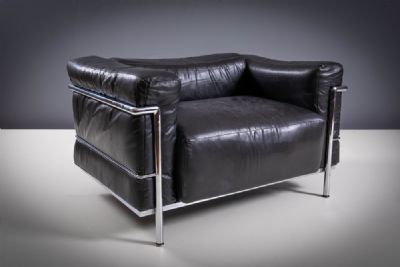 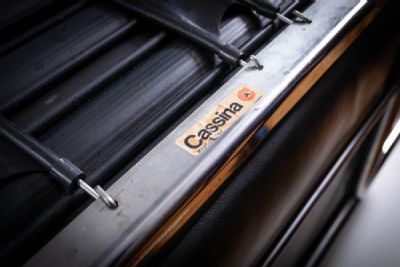 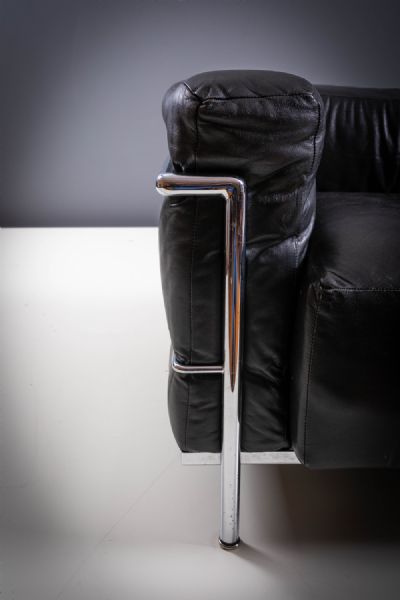 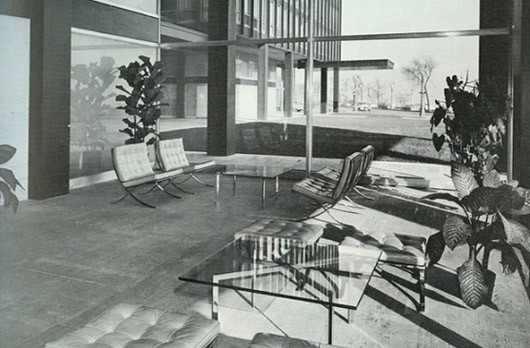 Originally designed in 1928, as a modernist take on the traditional club chair, the le Corbusier group created these 'cushion baskets'. By reversing the standard thinking and effectively turning the chair inside out, they display the tubular metal frame on the outside of the chair.

Charles-Edouard Jeanneret, best known by his adopted name Le Corbusier, was one of the 20th Centurys most influential designers. Collaborating with his cousin, Pierre Jeanneret, and designer Charlotte Perriand,Â they designed furniture in a 'brutalist' style. The architecture and interiors share a clear sense of space and structural order, underlining the beauty in harmony, proportion and simplicity.

Italian furniture giants Cassina signed the first exclusive licensing agreement in 1964, covering the edition rights for designs by Le Corbusier,Â Pierre Jeanneret, andÂ Charlotte PerriandÂ and started producing the LC3 under license in 1965. They continue to produce them today.