Back to auction
You'll need to Sign in or Create a free account before bidding.
PrevLot 4 - Martin Gale 5 / 145 Next Lot 6 - Norah McGuinness 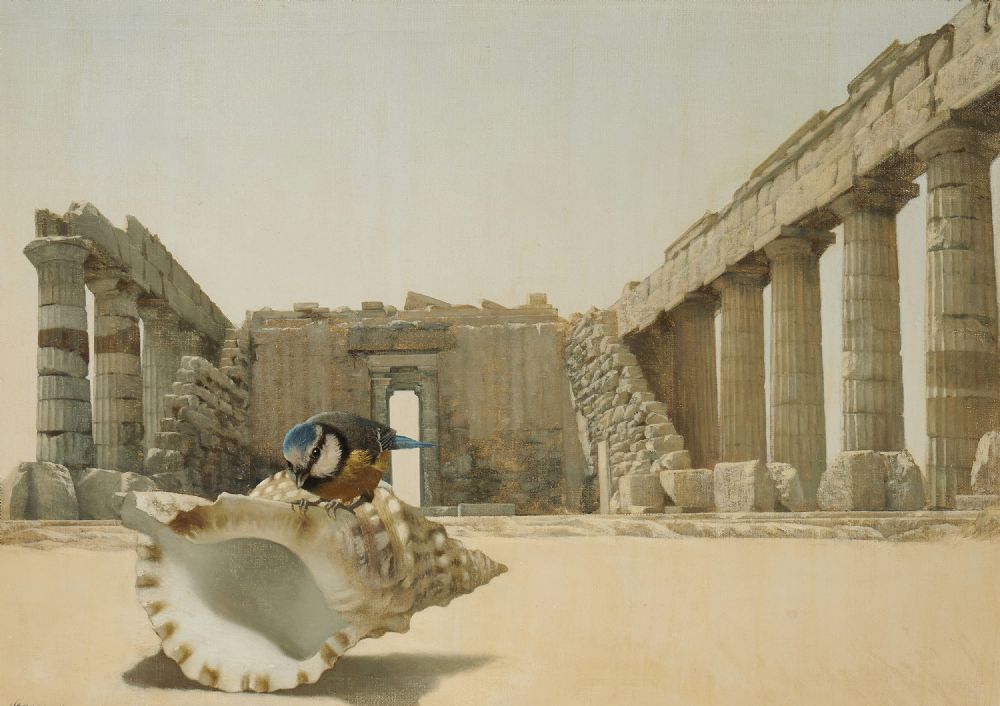 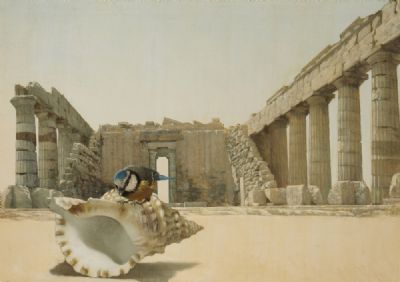 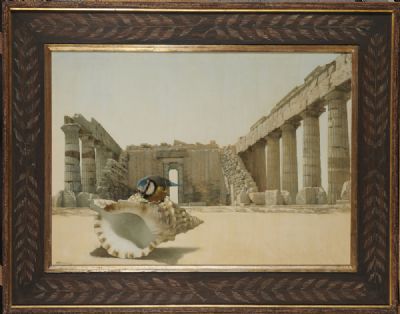 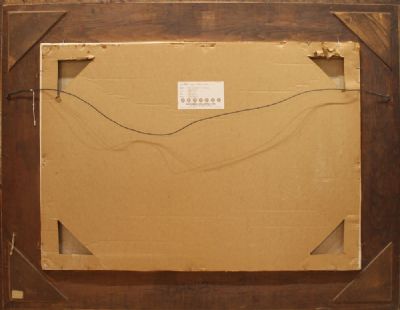 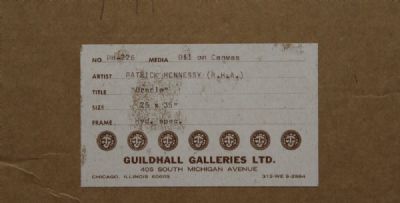 Cork born, Hennessy is perhaps the most distinguished post-war realist painter among his Irish contemporaries. He was an uncom... Read more

Cork born, Hennessy is perhaps the most distinguished post-war realist painter among his Irish contemporaries. He was an uncompromisingly academic painter whose work is marked by unrivalled technical virtuosity.Â  However, the real strength of his paintings is not Hennessy's competent rendering of the familiar, but rather the way he transforms the familiar into something extraordinary.

There is something unsettling about Bird Oracle, with its incongruous juxtapositions. An intimate depiction of a Blue Tit bird perched on a conch shell is theatrically set within the embrace of a monumental Greco-Roman ruin. Hennessy often liked to play with contrasts, which in this picture can be seen in the disparity of scale and textures. He's created tremendous spatial tension by placing a few meticulously rendered objects in a vast uncluttered space. In Bird Oracle, the artist has created an imaginary scene, but has painted it as if it were absolutely real. By doing so, he's infused it with drama, ambiguity and tension.