Back to auction
You'll need to Sign in or Create a free account before bidding.
PrevLot 99 - Frederick Edward McWilliam 100 / 145 Next Lot 101 - Anthony Scott 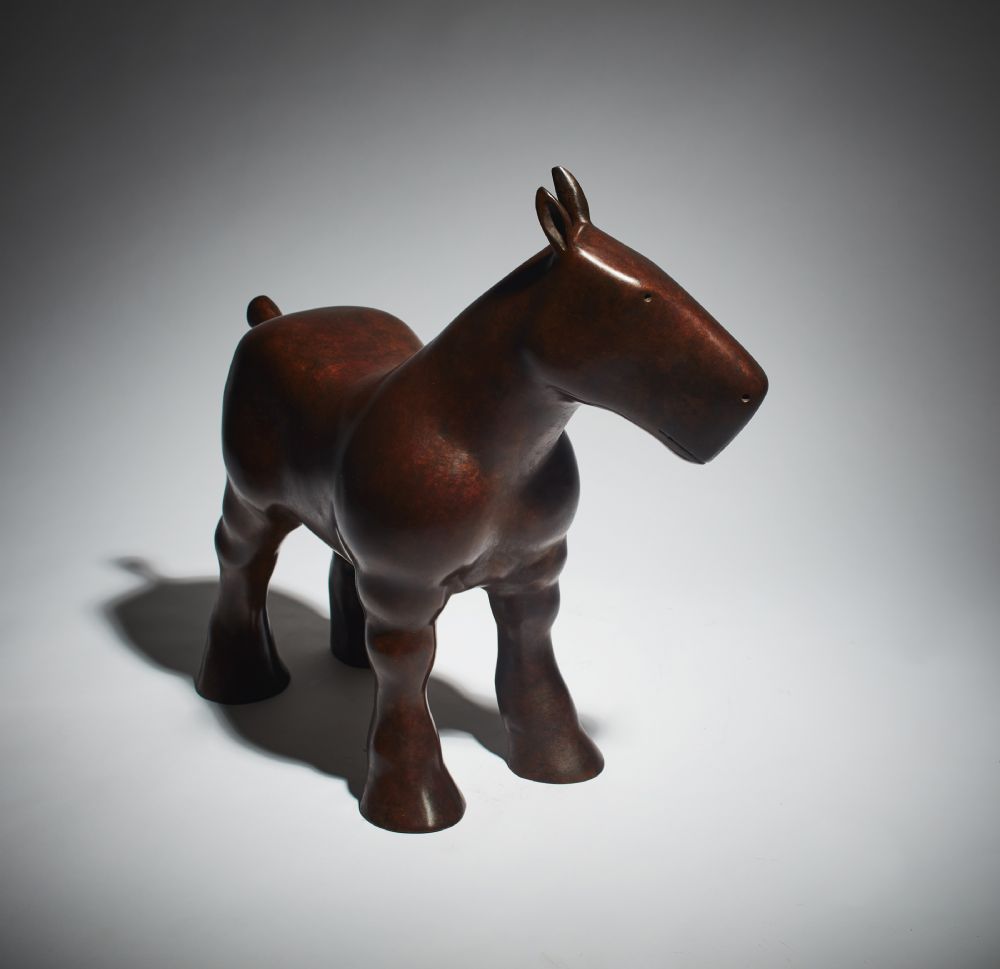 Anthony Scott lives and works in Blacklion, Co. Cavan, just across the border from his hometown of Enniskillen. Scott is primarily known for his styli... Read more

Anthony Scott lives and works in Blacklion, Co. Cavan, just across the border from his hometown of Enniskillen. Scott is primarily known for his stylised bronze animals, traditional in form, but with a modern twist. His animals and figures draw upon Celtic mythology and literature, their expressions and stances imbued with human characteristics invoking heroism and passion. They are each open to interpretation and at once animal, divine, spirit, male, female, depending on which story one might choose to recount.Â

He is represented by Solomon Gallery in Dublin.